The more (concurrent) traffic a website receives, the more important it is for its contents to be hosted on a content delivery network (CDN). By having your site resources spread out across many servers across many regions around the world, it will take much less time (in terms of “hops”, or jumps from server to server a request needs to make) to fetch the site’s contents.

One of Google Cloud’s less-known features is its Cloud CDN which leverages Google’s global network of data centers, servers, and ISP integration to deliver content to the end user in a quick manner. Its efficiency is further increased when coupled or used with other services in Google and Google Cloud, such as Google Domains, Google DNS, and Google Compute Instances. Since 2018, this site is hosted using Google’s Click-to-Deploy WordPress deployment (tutorial) using Google Domains (tutorial) with SSL encryption (tutorial) and maintenance via SSH to instance VMs (such as updating PHP version in Google Cloud VM Instance). Thus it is natural to leverage Google Cloud CDN, with the added benefit that it won’t break with updates to WordPress since the CDN configuration happens server-side and not WordPress-side.

Follow along with me as we explore how to activate Google CDN for your Google Cloud-hosted service.

As I was reviving this site after its two-year hiatus, I noticed that I neglected to post an article detailing how to set up WordPress permalinks. Since it requires some modifications on the server side it took a bit of trial-and-error to re-enable it. If even I could forget how to make the settings after two years, then it is definitely reason enough to make an article out of it (for my own sake!).

Read on to learn more about why and how to set WordPress permalinks.

(Update 2020-04-24: About two years after the making of this article, some of the content has changed, specifically regarding software updates for the GCP Click-To-Deploy VM, as well as different prompts from LetsEncrypt. The post has been updated to reflect the changes.)

This is part 3 of a three-part guide to setting up and configuring WordPress hosted on Google Cloud Platform and registered with a Google Domain URL. Readers should make sure their WordPress instance is running and behaving properly using GCP, have WordPress admin access, and registered their custom domain (eg http://www.example.com) before attempting this section. 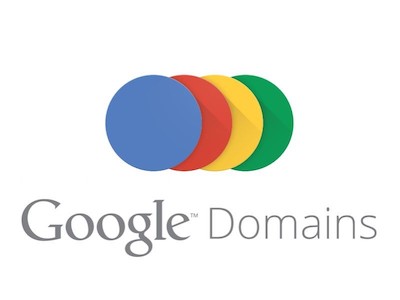 This is part 2 of a three-part guide to setting up and configuring WordPress hosted on Google Cloud Platform and registered with a Google Domain URL. Readers should make sure their WordPress instance is running and behaving properly using GCP and have WordPress admin access before attempting this guide. You can read part 1 here.

While considering what to write for my first How-To article, I came to a realization that the entire process for deploying WordPress and getting it to run on a cloud provider with a custom domain is a rather arduous process. While there are many guides scattered around the internet detailing the various stages of setting up, the concept of a holistic, DIY-everything guide is missing – especially if you go into the details of EXACTLY what platforms and services you are using. Therefore, I’d like to write a comprehensive guide for how to deploy a WordPress instance by yourself using Google Cloud, followed by how to register this WordPress to a custom domain hosted by Google Domain. Finally, I will walk you through the steps of SSL verification and having all traffic route via HTTPS for enhanced security.